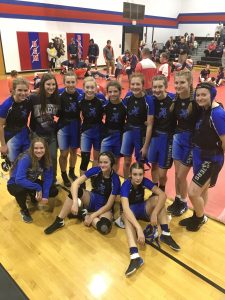 With the number of girls competing in high school wrestling increasing, in 2018-2019 the Iowa Wrestling Coaches Association started its own tournament just for girls.  Last year around 40 girls in the state participated and it is estimated that it has grown to over 400 this season. A few Anamosa High School girls expressed interest and helped recruit others to join as well.  The season started with 11 girls on the roster and is now up to 13.

The girls started attending open gyms and were ready and excited when practice officially began.  According to their coach, Shania DeShaw, the girls are working hard and hungry to learn and improve.  Eight tournaments are currently on the schedule, with a home meet on January 6. The state tournament will be held in Waverly on January 24th and 25th, and this group of lady raider wrestlers is ready to make history! 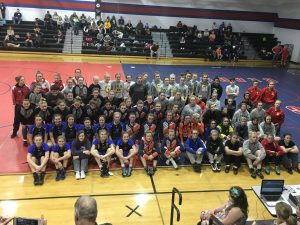 Your 5-Day Forecast at a Glance